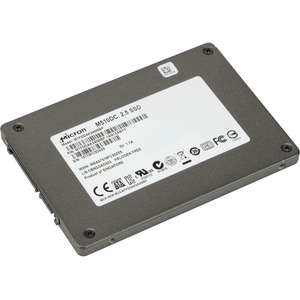 Solid State Drives (SSDs) are fast becoming a real force with respect to storage in the computer industry. With no moving par ts, storage is no longer bound by mechanical barriers to higher pe rformance. HP SSDs for workstations offer overall performance significantly beyond that of SAS 15k rpm HDDs (Hard Disk Drives).

SSDs should be considered for most workstations since the number of processor cores and overall processing power can be limited by the I/O performance of the storage subsystem. For applications where 15k rpm HDDs deliver a performance improvement over standard SATA HDDs, an HP SSD will likely deliver even better performance.

Solid State Drives measure Access Time in microseconds (6 5 to 85) as opposed to the best HDDs (15k rpm) being measured in milliseconds (~6ms); the SSD is about 70 times faster. In addition, the extremely high average sustained read performance (up to 560MB/s) is considerably higher than the average sustained rea d performance of 15k rpm HDDs available today (180MB/s to 250MB/s*). The result is a much higher performance potential. Random IOPs (I/O Operations per second) are in a class of their own, up to 20X faster than 15k rpm HDDs. This obviously helps with datab ase operations but it also helps with OS and application performance. Users experience faster boot and data load times, faster application loading and snappier system response. This is especially true where the workflow has a large percentage of random rea ds and writes.

SSDs help lower the acoustical emissions of the workstation. No moving parts means SSDs inherently have no acoustic emissions , e.g. noise. Furthermore, they consume much less power than Workstation class HDDs so less air is needed for coolin g. The result is lower system fan speeds and therefore, lower acoustics.

SSDs tend to be more rugged than hard drives with respect to shock and vibration because SSDs have no moving parts.