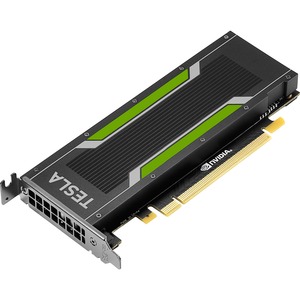 Do you require higher performance computation or graphics? Companies are being faced with greater computational and graphics requirements as large, complex computational models become more commonplace. Traditional CPU technology is no longer able to keep up with these increasing demands. HPE NVIDIA® Accelerators for Hewlett Packard Enterprise servers seamlessly integrate GPU computing with select HPE ProLiant Server families for scale-out computational and graphical deployments. Designed from the ground up for power-efficient, high performance supercomputing, NVIDIA Accelerators deliver dramatically higher application acceleration than a CPU-only approach for a range of scientific and commercial applications. The thousands of NVIDIA CUDA® cores of each accelerator allow it to divide large computing or graphics tasks into thousands of smaller tasks that can be run concurrently, thus enabling much faster simulations and improved graphics fidelity for extremely demanding 3D models.

Increased Performance to Solve Problems in Minutes Instead of Hours